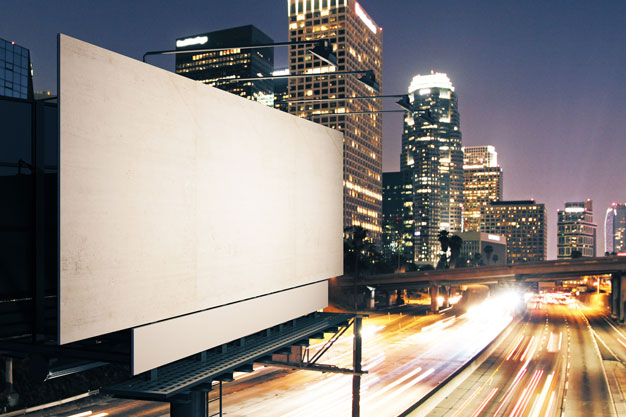 Out of Home Mergers & Acquisitions

Use our extensive industry connections to find the best buyer or seller. 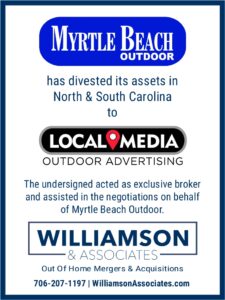 Their demeanor and working style made them feel like partners we could trust through the process. We could close in earnest knowing that they were paying attention to even the smallest detail - from start to finish. We would recommend and vouch for you to trust Williamson & Associates if you are buying or selling your out of home assets.

Travis Rhodes
President
Dusty's Outdoor Media
Here is what Jesse London had to say about working with Williamson & Associates on TierOne's first acquisitions:

Putting a deal together to buy several different operators at the same time was like a three-ring circus. In ring #1 was a lion tamer, #2 was a high wire walker, and #3 was that motorcycle act where six guys zip around in a small cage ball. Every day was death defying and any mortal would have lost his cool – but not you. Marty, you are the Ringmaster.
First, you brought the acts to the tent in the first place, we had several good opportunities to work with. You possess a “been there” knowledge that only a former operator can bring and this gave you credibility from both sides of the deal. You kept in touch with the details, which proved to be so valuable in the home stretch. Most important; I enjoyed calling you even if there was nothing to discuss, because no matter how scary the deal became you were the voice of a calm confidence that kept everyone on task. You got it done Marty – it was the greatest show on earth.
Jesse London
President & CEO
TierOne Media
"We told Marty on day one that we wouldn’t have an interest in selling unless the price was right. His connections, knowledge, and experience in the billboard industry were a true asset in the process of getting us top dollar for our assets. I highly recommend Marty Williamson to any plant owner who has even entertained the thought of divesting in Outdoor."
Paul D Fulwood, IV
Co-Owner
BPS Outdoor
"When Marty approached me inquiring if we would have an interest in selling CoxMedia, I said not really but if you find what you think is a good fit, contact me. Marty did not bug us needlessly and was patient in waiting and digging for that right fit. A few months later Marty called me to say “Kerry I have found the perfect fit for your company.” Marty worked with the buyer and myself to overcome all the obstacles that came our way; Covid 19, market sell off, business shutdowns, and more. In July 2020, we closed on the sale of our company to Trailhead Media. Thank you Marty for all of your hard work and finding ways to get things done. If you are considering selling your out of home assets, you need to contact Marty Williamson at Williamson & Associates."
Kerry Cox
CoxMedia
"I wanted to let you know how much Faye and I appreciate everything you did to help us find a buyer and to guide us through the entire process. Your experience and knowledge made a big difference – allowing things to move smoothly and eliminating stress for us. Your relationships with potential buyers were things we simply didn’t have. We couldn’t have done it without you. Thank you, Marty!"
John Leslie
Owner
Leslie Outdoor Advertising
"After Marty Williamson helped me successfully sell one digital location that Quality owned outside of our primary service area in downtown Birmingham, we began to explore the idea of selling all of my company’s assets. Though I had spoken to other brokers and directly with potential buyers, I felt that having Marty’s experience and knowledge would be the best way to go. When we spent a day in the car riding my locations talking about my plant and the industry in general, it was clear to me that he understood the business from my position. The fact that he had been a successful owner/operator and could really understand and appreciate what I had built up over the years made Williamson & Associates the clear choice to represent me. Marty knew how to present my signs in the best way possible to potential buyers. We had several offers and ended up with a great fit by going with Standard Outdoor – a company that I was not even aware of. If you are an Independent thinking about selling your billboard assets I can absolutely recommend that you talk to Marty Williamson."
Mitchell Hembree
Owner
Quality Outdoor Advertising
"I've done multiple deals with Marty on both sides of the transaction. I can tell you that, if at all possible, you want him in your corner. With his 30 plus years of experience, he always has a unique and helpful perspective on how to best achieve an expedient return on investment. I highly recommend Williamson & Associates "
Ike Wingate
President
Wingate MediaGroup, LLC
Close Menu